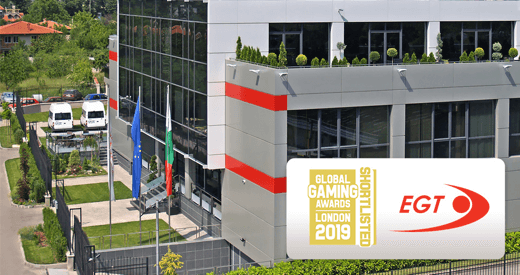 Euro Games Technology was ranked among the top ten candidates to become a deservedly recognized supplier of the year in the second Global Gaming Awards London edition aimed at recognizing the contribution of providers in the gambling market to improving the world gaming experience.

EGT is thus a short-listed candidate due to the global scope of the company’s activities, since the company’s coverage includes more than 80 countries, with a large network of offices distributed not only in Europe, but also in Africa, Asia, North, Central and South America. Over the years of its operation, EGT has received a number of important licenses in different jurisdictions, which in turn apply to terrestrial and online products in the casino sphere.

In its turn, GGA London is a kind of addition to the globally recognized GGA Vegas awards, with the only difference in categories aimed at encouraging activities and differentiating participants in international markets. Thus, the event was created and organized by B2B Gambling Insider, which is an influential gambling publication.

It is also worth noting that the prizes in the competition were divided into 15 categories, including both terrestrial and virtual casino products. A dozen finalists in each category were determined by an international jury consisting of 50 senior executives involved in the production and supply of gaming equipment. Also casino operators and other industry experts were included. GGA London is independently considered by KPMG Isle of Man, which cares about the voting process being fair and transparent.

Announcements of the contest winners in different nominations are worth waiting for during a special event, taking place on February 4, 2019, and being supervised and followed this year by ICE London.