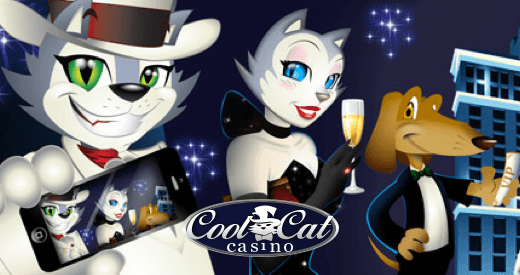 Revenues Are Rising Up At Macau

We here at SlotsSpot are always ready to inform our readers with the best news on the market. Thus, it has recently become known that Macau’s gambling-associated revenues have risen dramatically and this tendency is still in place. The Portuguese revenues have seen an increase of 12% as of May, which amounts to more than three billion dollars of pure profit. Although the analysts claim there will be a 20% of profit growth in the long run, the predictions regarding much higher revenues result in the decline of casino-associated shares across the territory of Las Vegas with some of the casinos experiencing 4% decline according to the weekend statistics.

However, Macau has still witnessed almost two years of steady income growth. Before that time, the Chinese casino-driven region has been heavily impacted by the severe measures imposed by the government on the well-off casino players who were flooding the district, and this resulted in a rapid downfall of casino-associated profits. The increase in revenues was not witnessed until the previous year when the governmental measures against reckless gamblers were lifted. This resulted in an annual growth of almost 20%, which amounted to over 30 billion dollars in pure profit. However, this was still far less than the annual casino-driven revenues witnessed five years ago, when the margin reached more than 43 billion dollars.

As of now, analytical experts consider that the market will soon see a rise in profits and will get back to its previously high revenues in a couple of years. The CEO of one of the leading casino-related operators, Lawrence Ho, who is also a son of currently retired top dog Stanley Ho, made a commentary saying that the governmental measures against well-off casino players were majorly aimed at combating extraordinary behavior on behalf of governmental authorities and it was also done in an attempt to decrease the rates of corruption across the state officials. Macau revenues in gambling-driven affairs were just the complementary harm done by the government. The well-off players of China hardly caused any damage and it was clear that they just wanted to have fun and live their lives to the fullest.

Nevertheless, the overall demand for casino entertainment is still on the rise even though there are certain worrisome factors. Not so long ago, Macau’s financial officials demanded the elimination of cash withdrawal devices from casino-based locations, which has become a reason for the analysts to predict another possible set of severe measures against gamblers. Regional banking entities, however, claim that the removal of devices was part of the regulatory project, which eradicated the prevailing concerns.

Japan-based investment organization Nomura has reached record heights by claiming that the intention to eliminate all withdrawal devices had not much influence on the general demand for casino-based amusements.

The Wynn Resorts casino started to be prosecuted by previous holder of the territories belonging to the Boston coastline officials. The previous owner of the territories claims that the casino holders have not fulfilled the agreement according to which he would have been given a huge multi-million payout as a payment for the gaming-associated license on the given territories. The legal claim was made without the notification of the local commission on gaming affairs where he stated that several months previously he met with the director of Wynn Resorts in Massachusetts and asked for his part of the primary value of the territory, which was covered by the license.

Several years ago when the huge land was purchased by the casino site for over 30 million dollars, the purchase provoked many contradictions related to the co-owner of the territory Charles Lightbody. The latter was known to be a convicted criminal and his share of ownership encouraged the local gaming-driven commission to demand that territories ought to be sold for the market price. This was aimed at ensuring that Lightbody did not have his share of the casino-related profit. The price was estimated to be by half less than the original 75 million dollars.

The gambling-associated commission later made a request for guarantees proving that Lightbody would not file any claims for the land, but the latter rejected to give consent saying that the real price for the territories was far higher than the established market value. Such rejection provoked a considerable problem for the future licensing project of Wynn casino as stated in the complaint from the casino owners. One of the owners, Gattineri was then proposed the following conditions: if he agreed to sign the necessary documents and Wynn got the license, then the casino owners would give Gattineri his share from the market value of the territory, which amounted to more than 18 million dollars.

Gattineri then started to argue that although Wynn also agreed to such terms, they now refuse to pay. The opposing party did not deny such state of affairs, but the truth is that Wynn refused to follow the terms of the agreement and it now becomes clear that the casino owners never even intended to grant such sum of money to Gattineri. The representative from Boston Harbor said that the claims of the complainant did not have any grounds and started to defend casino owners against the lawsuit. The gaming-based committee did not make commentaries on the case either, having spoken on behalf of their representative.

Federal authorities of Michigan passed several bills approving of the fact that those residents who are aged at least 21 years will now be permitted to engage in web-based casino-driven amusements. This would require web-based casino spots across the territory of the state to get hold of special licenses and pay 8% of taxes from casino-based revenues. One of the sponsors who encouraged such bills told mass media representatives that online gaming-based activities allowed across the state would include poker, blackjack, roulette and many other amusements for the delight of players.

The results of voting for the bill will heavily rely on the decision of state-wide Supreme Court just like in the case with Professional and Amateur Sports Protection legislation, according to which legalized sports betting activities were restricted only to several designated districts of the US, and this is exactly what led to the spread of sports betting across the entire territory of the state.

The state officials were making dire attempts to permit sports betting across the territory of their state and guarantee that productive legislations and licensing-related regulations are implemented timely and efficiently. The desire of Michigan officials to make web-based casino amusements legal is revealed in the attempts to go hand in hand with the times and benefit from complementary revenue flows majorly because most US citizens consider they have full rights to gamble. The bill under discussion is currently examined by the federal senate officials, so that it will hardly be approved earlier than in autumn.