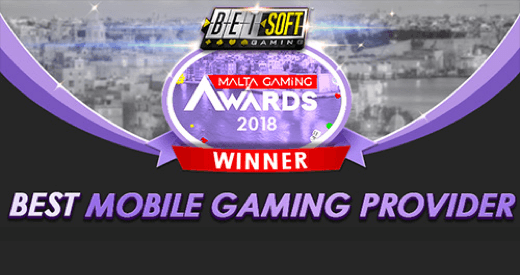 Incredible news! Betsoft Gaming has won an award for being the best provider of mobile slot games. The nominee was represented on annual Malta Gaming Awards. The decision was made clear by the independent panel of judges that included the country’s Gaming Authority, international consultancies, iGaming organizations, and investors.

A couple years ago, it was hard to imagine that there is going be such an award for mobile versions of slots. Needless to say, even an opportunity to play slots on PCs was unbelievable to have back in the days. Nevertheless, today people can enjoy perfect online games whenever they want, and all that is thanks to such developers as the company that won the prize this year.

The Malta Gaming Awards show was held on Tuesday, 27th November, with all types of people from iGaming industry, including investors, designers, developers and others, being guests on the event. All the proceeds from the tickets sold have been donated to charity organizations, which will help to invest more funds to local people that need money to make their dreams come true, when it comes to artwork or anything like that.

Having invested enough money into developing foundations on Malta, Betsoft Company appears pretty well-known in the sphere of iGaming industry.

Twenty-nine categories were offered to the guests` view on this event. All of them covered different aspects of the industry as a whole and showed support for developers that are relatively small right now, but have a potential to impact the whole gaming world one day.

Betsoft, a sponsor and a prominent fixture, this year appeared the company that has broken a record, considering that the guys won a lot of other awards during 2018. They successfully became one of the most successful developers as of right now, so be sure, they will not stop doing great things to achieve even greater awards in the future.