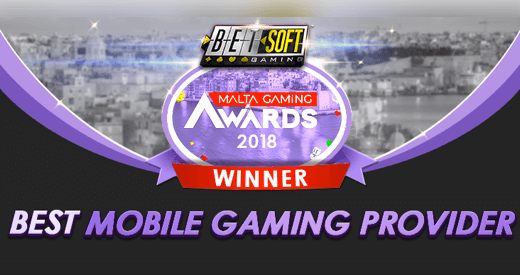 Needless to say, 2018 was a triumph for Betsoft Gaming, because this is already the fourth year in a row, as the company is recognized as the industry leader. Despite serious competition, the Malta Gaming Awards entitled the company Mobile Gaming Provider of the year. Well, the cross-platform development, which Betsoft Gaming was seriously engaged in, bore fruit.

The most memorable moment of Malta Gaming Week turned out to be the evening of November 27, which is not strange. Thousands of people from all over the island attended the event to see all the miracles that the gambling industry has to offer, along with a panel of judges consisting of representatives from the country’s gambling department, international consultants, iGaming organizations and investors. In addition, there was an opportunity to take part in several Maltese charity events.

All the money raised for the tickets are to be donated to local needs, and a charity auction in which Maltese works of art, including Fabergé jewelry, were sold for fabulous prices that exceeded all expectations.

Moreover, such organizations as the Malta Community Chest Fund, Centru Tbexbix, and the BOV Joseph Calleja Foundation also were not left aside, because Betsoft Gaming personally volunteered to become their recognized sponsor. It is also impossible not to note the fabulous performances of Calleja, Steve Hili and Desi Campbell, who became real highlights of the evening. Other highly respected guests included the President of Malta Marie-Louise Coleiro Preca and blockchain evangelist Brock Pierce.

The awards ceremony was held in 29 different categories, covering the whole range of services, products and online casino support.

Nevertheless, Mobile Gaming Provider was not the only reward for Betsoft in 2018. Earlier, the fast-growing company was named the Best Casino Supplier of the Malta iGaming Excellence Awards in summer and received equally prestigious awards from the Asian Exhibition and the 5 Star iGaming Media Awards.

Well, it is not difficult to imagine what other heights this recognized leader of the industry will achieve in 2019, continuing to move at the same speed.