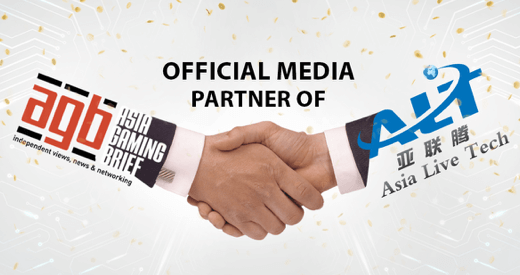 Taking into account the fact that Asia Live Tech has long been planning to expand its influence in the world arena, the provider considered Asia Gaming Brief an excellent candidate for being its official media partner.

Asia Live Tech, in turn, has long been recognized in the field of gambling in Asia, being an honest software company and having its own platform. In addition, the corporation is recognized as the first of those who are engaged in cryptocurrency production, in particular Bitcoin, in the Asian iGaming market.

Asia Live Tech said it is making high stakes on cooperation with AGB, which will include several steps at once, giving AGB the right to be independent.

The latter means that despite the close cooperation with ALT, the media partner will be able to make its own and downright releases to any products of a well-known operator, which once again confirms ALT’s confidence in the quality of its models.

ALT also stated that it has a certain principle in working with customers through media, because honesty is one of the fundamental principles of the company. That is why ALT strives to bring to the masses only truthful and independent information about themselves and their products.

Given the rapid growth of Asia Live Tech, the company cannot wait for the appearance of independent releases and news publications from AGB.

Well, let’s see what comes of it!